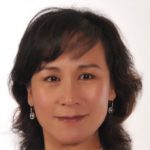 Dr. Amy Han is an accomplished contributor to the Drug Discovery and Development industry. Dr. Han, a 20-year veteran, is currently directing ADC effort at Regeneron Pharmaceuticals. Prior to Regeneron, she held numerous senior scientific positions at leading pharmaceutical companies like Dupont Merck, Dupont Pharmaceutical, BMS, Incyte, and Progenics. She has led and managed multiple drug discovery and development programs, covering multi-therapeutic areas from initiation through to clinical trial stages. During her tenure at Regeneron, Dr. Han also discovered novel cytotoxic payloads for cancer and non-cytotoxic payloads for beyond cancer, as well as novel linker platform for large/small molecular conjugations and stability in vitro and in vivo. Dr. Han has led and made critical contributions on ADC programs; she also has authored 60+ patents, and have presented at numerous domestic and international conferences. In addition to her technical accomplishments, she has also managed teams, both internal as well as remote teams in domestic and internationally based Contract Research Organizations (CROs).