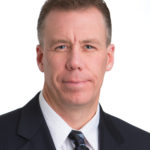 Dr. Leamon is Vice President of Research at Endocyte, Inc., a Novartis company. He received an ACS-certified B.S. degree in Chemistry from Baldwin Wallace University (1988) and a Ph.D. in Chemistry from Purdue University (1993).  Dr. Leamon has spent over 30 years working in the drug delivery field and is credited for conducting the groundbreaking experiments in folate-targeted technology as well as for exemplifying this novel therapeutic approach for treating cancer.  Dr. Leamon has published 90 articles and is an inventor on more than 45 issued or submitted patents involving drug targeting, including those which cover vintafolide and etarfolatide. In 2015 he was the recipient of the 2015 American Chemical Society, George and Christine Sosnovsky Award for Cancer Research.  Prior to joining Endocyte in February 1999, Dr. Leamon was employed in the pharmaceutical industry where he conducted discovery research in the field of peptide, oligonucleotide, liposome and DNA drug delivery for GlaxoSmithKline, Inc. and Ionis Pharmaceuticals, Inc.  As the head of Endocyte’s Discovery team for the past 20 years, Dr. Leamon remains active in the research and development of targeted radioimaging, radio-, (RLT), chemo- (SMDC) and immuno-therapeutic medicines, including CAR T approaches, for the treatment of cancer and inflammatory diseases. To date, his efforts have yielded 8 clinically investigated agents.