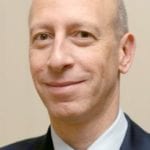 Job title: Professor of Biomacromolecules at the Department of Chemistry and Applied Biosciences,

Dario Neri was born in Rome on 1 May 1963, but grew up in Siena (Italy). He studied Chemistry at the Scuola Normale Superiore of Pisa and earned a PhD in Chemistry at the Swiss Federal Institute of Technology (ETH Zürich), under the supervision of Professor Kurt Wüthrich (Nobel Prize Chemistry 2002). After a post-doctoral research internship (1992-1996) at the Medical Research Council Centre in Cambridge (UK), under the supervision of Sir Gregory Winter (Nobel Prize Chemistry 2018), he became professor at ETH Zürich in 1996.

Dario Neri is currently Full Professor of Biomacromolecules at the Department of Chemistry and Applied Biosciences, ETH Zürich. The research of the Neri group focuses on the engineering of therapeutic antibodies for the therapy of cancer and other angiogenesis-related disorders and on the development of DNA-encoded chemical libraries.  Dario Neri is a co-founder of Philogen (www.philogen.com<http://www.philogen.com/>), a Swiss-Italian biotech company which has brought various antibody products into multicenter clinical trials for the treatment of cancer and of chronic inflammatory conditions.

Dario Neri has published ~400 articles in peer-reviewed scientific journals. He is the recipient of the ISOBM Abbott Prize 2000, of the Amgen-Dompe’ Biotec Award 2000, of the Mangia d’Oro 2001, of the Prous Award 2006 of the European Federation of Medicinal Chemistry, of the Robert-Wenner-Prize 2007 of the Swiss Cancer League, of the SWISS BRIDGE Award 2008, of the Prix Mentzer of the French Medicinal Chemistry Society in 2011, of the Phoenix Prize 2014, of an ERC Advanced Grant in 2015 and of the 6th World ADC Award in 2019.