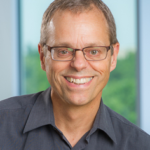 Dr. Lambert graduated from Christ’s College, University of Cambridge (England, UK), with a degree in Natural Sciences in 1972. He then went on to earn a Ph.D. in Biochemistry (1976)
from the University of Cambridge, working on enzyme structures under the supervision of Professor Richard N. Perham.
Dr Lambert’s postdoctoral training was at the University of California, Davis, working on ribosome structure in the laboratory of Dr Robert R. Traut (1976-1980), and at the University of Glasgow, Scotland working on the arom multienzyme complex in the laboratory of Dr John R. Coggins (1980-1982). In 1982, Dr. Lambert joined the Dana-Farber Cancer Institute, Harvard Medical School, working on the ImmunoGen-funded programs to develop antibody-drug conjugates (ADCs) and immunotoxins as anti-cancer therapeutics.

Dr. Lambert joined ImmunoGen in 1987 when the company established independent research laboratories in Cambridge, Massachusetts. After working in a variety of roles at the company, Dr. Lambert served as Chief Scientific Officer from 2008 until 2015. In 2016, he became a Distinguished Research Fellow at the company until his retirement at the end of 2017. He served on the Executive Committee of the company as Executive Vice President, Research, from 2008 until 2016, followed by a year (2017) on the Executive Committee in an Emeritus capacity. During Dr Lambert’s tenure in leadership roles at ImmunoGen, the company invented the ADC technology that resulted in the Genentech/Roche drug, Kadcyla® (approved in 2013 for treating HER2+ breast cancer), as well as numerous other ADCs taken into clinical development. One of these is ImmunoGen’s promising drug candidate, mirvetuximab soravtansine, an ADC currently in a phase 3 trial for the treatment of platinum-resistant
ovarian cancer.
Dr Lambert is the author/co-author of over 120 peer-reviewed scientific publications. In 2016, Dr Lambert was elected as a Fellow of the American Institute for Medical and Biological Engineering (AIMBE). In 2018, he was appointed as an Honorary Professor of Queen’s University, Belfast, Northern Ireland, UK.